From the field: Dr Ben Etherington

I returned to Australia in 2012 after seven years at the University of Cambridge to take a job at the multi-campus University of Western Sydney (which, after expensive syntactical surgery, is now called Western Sydney University). Medieval streets were replaced with jammed commuter highways, a small elite student body with a large and diverse cohort drawn from Sydney’s working class and migrant suburbs, and an atmosphere of elite achievement with one of hard-graft aspiration. (Which isn’t to imply that Western Sydney lacks for outstanding students. The best can be almost inexplicably brilliant, especially when you look at some of the circumstances they have faced, and I hope some of them feature among future cohorts of Monash scholars.)

At UWS/WSU I joined the wonderful Writing and Society Research Centre – a group that takes what you might call a ‘whole of book’ approach. Its staff include publishers, novelists, poets, critics, translators, editors and scholars. It is home to one of Australia’s best independent publishers, Giramondo, the longform review journal Sydney Review of Books, as well as writing groups for upcoming writers from Western Sydney.

The Centre has been a great place to be based in order to live up to the academic and civic spirit of the Monash Foundation. I have continued with research into primitivism begun at Cambridge, publishing Literary Primitivism with Stanford University Press last year. Primitivism is a utopian idea that posits humanity’s ideal state as being its supposed originary natural condition. It’s an ideology that has gained new traction as environmental catastrophe and seemingly insuperable global inequality have again led many people to idealise humanity’s original state as being a kind of natural idyll (something which I discussed in a recent episode of the ABC’s Philosopher’s Zone). While finishing that project, I have been travelling regularly to the Caribbean to begin new research on the history of poetry written in the region’s distinctive creole languages. A notable offshoot of this was a collaboration with my fellow 2005 Monash alumnus Matthew Baker to make a radio feature for Radio National on Jamaica’s unique dancehall music scene. Most of the audio for it was collected at open-air dance parties between  and 5am.

I’ve been involved with the Sydney Review of Books from its inception. Its first publication in 2013 was the opening salvo of a series I write on Australian literary criticism called ‘Critic Watch’, which, as you can probably guess, attempts to do for cultural criticism what ABC’s ‘Media Watch’ does for journalism. It’s also given me the space to explore the intricacies of contemporary higher education policy; something that was set in train when I set up the National Alliance for Public Universities with colleagues to defend our university system from deregulation in 2014. Perhaps the most exciting thing that has come out of being a member of the Centre is participating in an ARC-funded project exploring alternatives to the cosmopolitan ideal of ‘world literature’ (the project is called ‘Other Worlds’). This has involved working with some of Australia’s most interesting writers to explore the idiosyncratic ways that they are inspired by and make connections with writers from other places. In September I’m heading to Doomadgee in the Gulf of Carpentaria with the Waanyi novelist Alexis Wright to spend a couple of weeks with an elder activist Clarence Walden to record a radio feature about his life and times. I introduced Wright’s work into the curriculum when I was a postdoc at Cambridge, which shows that returning home really can bring one’s studies as a Monash Scholar to life.

Ben’s recent book ‘Literary Primitivism’ published by Stanford University Press, is available for purchase online. He has recently written for ABC News here, and Los Angeles Review of Books here. He has also written for The Conversation here on 2018 Stella Prize winning Alexis Wright, whom he is also collaborating with on The Australian Research Council Discovery Project Other Worlds: Forms of World Literature. 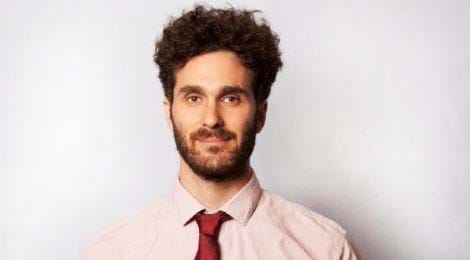 About Dr Ben Etherington
Ben graduated from the University of Cambridge with a PhD in English in 2010, where he stayed on for a further two years as a postdoctoral fellow in the Faculty of English. He is now a lecturer at the Western Sydney University and a member of their renowned Writing and Society Research Centre. He has two books coming out in 2017: Literary Primitivism, which will be published with Stanford University Press, and the Cambridge Companion to World Literature, which he is co-editing. From 2017-19 he will be working on an ARC Discovery Project 'Other Worlds', which will see him collaborating directly with highly regarded Australian writers including J.M. Coetzee and Alexis Wright. His work on creole poetics takes him regularly to the Caribbean, and he is a regular contributor to the Sydney Review of Books.