From the Field: Dr Gemma Sharp

2007 John Monash Scholar, Dr Gemma Sharp talks about her recent studies and the journey that took her to giving a TEDx talk on female psychology.

If someone had told me in 2010, after I completed my MSc in breast cancer research at Cambridge, that I would be asking a lecture theatre full of people in Australia to shout “vulva” at the top of their lungs 7 years later, I would have thought they were crazy! Well, that is exactly what has happened.

I started to notice during my time at Cambridge that I was becoming more interested in the behaviour of the people around me than the cancer cells in my tissue culture flasks. I wanted to talk with the patients who were actually being affected by breast cancer, not just their kindly donated tumour specimens. So, I returned to Australia to study psychology after completing my MSc. The field of psychology really appealed to me as it is taught using the “scientist-practitioner” framework. The premise of this framework is that empirical research informs how you deliver your clinical practise, and your clinical practise informs the development of your future research questions.

I originally continued research in the cancer field in my psychological studies, investigating the effectiveness of an appearance-based intervention to reduce sun-tanning behaviours and thus risk of skin cancer. However, the body image concern element of the project really captured my attention and I have been based predominantly in this field for the last 6 years.

So where does the vulva shouting come in? Well, I completed my PhD in Clinical Psychology at Flinders University in South Australia in late 2016, which was my seventh university degree and hopefully last for a little while! This research investigated the psychological predictors and outcomes of labiaplasty, the most common form of female genital cosmetic surgery, which involves the surgical reduction of the labia minora. According to the International Society of Aesthetic Plastic Surgery, labiaplasty is the world’s fastest growing cosmetic procedure and that is why I chose to focus on this topic.

I think we can sometimes be quite dismissive of people who have cosmetic procedures as superficial and vacuous, but who among us is entirely satisfied with how we look? I quickly learned through my research that genital appearance concerns are actually very common in girls and women and anyone can be affected. In general, young girls are hardly socialised or encouraged to ask questions or explore their genitalia. Instead, we tend to use euphemisms like “down there” or avoid talking about genitals altogether. This can create a sense of shame and embarrassment, which sometimes develops into genital appearance concerns in later life.

So, my mission has become to break down those societal taboos around a perfectly normal body part! I have been very fortunate to have support from organisations like ABC, as one of their Top 5 Under 40 Scientists (2017), as well as an invitation to give a TEDx talk (2017), and, most recently, support from the NHMRC through an Early Career Fellowship at Monash University (2018-2021). I am going to keep slowly chipping away at this issue throughout my fellowship and beyond in both my research and clinical practise with the aim that one day we can have open conversations about our bodies and appreciate the brilliance of human body’s design!

I am very grateful to the General Sir John Monash Foundation for their ongoing support of my diverse research career from Cambridge and beyond. Through my discussions with foundation members and scholars over the years, I realised that changing career pathways is the norm and very important for our self-development. In my opinion, being flexible and viewing life as one long learning experience, with all of its ups and downs, is the key to success. It was only through my experience as a John Monash Scholar in Cambridge that I learned this valuable lesson. 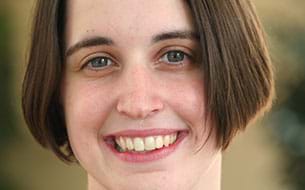 Gemma completed her MSc in the Department of Oncology at Cambridge University in 2010. Her research focused on identifying the cellular origin of the various types of breast cancers, and the tumour-initiating mechanisms employed by these cells. Gemma is also a clinical psychologist (registrar), specialising in the treatment of eating disorders and body image concerns. After completing a one- year Post-Doc at Curtin University, Gemma started an NHMRC Early Career Research Fellowship at Monash University in 2018 where she is continuing her research on female genital cosmetic surgery.