From the field: Harriet Mercer

2016 ANZAC Centenary John Monash Scholar Harriet Mercer in currently studying a DPhil in History at the University of  Oxford, Centre for Global History.

This January, as the Bureau of Meteorology declared that Australia had just experienced its third hottest year on record, I sat in the New South Wales State Archives reading the materials that make such assessments possible. In the Archives Office at Penrith there are bundles of documents – letters, drawings, reports, council minutes, statistical returns – that provide evidence of how meteorological instruments were gradually used by European colonists to understand Australia’s climate.

The documents tell the story of how a small network of specially trained convicts used barometers, thermometers and rain gauges to take regular instrumental readings of Australia’s weather throughout the 1840s. They also tell the story of how this network was replaced with more formal institutions such as the Sydney Observatory in the late 1850s. The instrumental records produced at the Observatory are now used by climate scientists such as those at the Bureau of Meteorology to understand how Australia’s climate has changed over time and may change in the future.

As I donned gloves and pored over the historical documents, I was reminded that this piece of Australia’s climate history survives not only in the storage rooms and catalogued boxes of the archive. Amongst the documents were the notes and drawings of the colonial architect tasked with designing the Sydney Observatory. The architect’s sketch was immediately familiar: the building he designed in the mid 1850s still stands in the heart of Sydney’s built environment. Between the wide arc of the Harbour Bridge and the pointed sails of the Opera House are the domes and tower of the Sydney Observatory.

This realisation took me out of the quiet readings rooms of the archive to the clamor of Sydney’s CBD that now surrounds the Sydney Observatory. Today the Observatory operates as a museum and I was lucky to meet with its curator, Dr. Andrew Jacob. Andrew gave me a guided tour of the Observatory and even let me drop the time ball on top of the Observatory that was once so essential for helping settlers and visiting ships keep accurate time. From the harbour, ships’ crews could watch for the time ball to drop and reset their clocks accordingly. The keeping of accurate time was also important to the meteorological observations that had to be taken at certain times of the day.

This experience of bringing the documentary archive of Australia’s climate history into conversation with its surviving buildings and objects was eye opening. As Andrew showed me instruments that were used for weather recording in the 1850s, I got an understanding of the fragility of these pieces of science in a colonial setting. I could appreciate the anxieties I had read in the letters in the archive about spirit levels bursting in the Sydney heat and barometer tubes being damaged on the voyage to Australia. As children ran across the front lawn of the Observatory, I also better understood the letters from the meteorologists calling for a fence to protect the ‘weather lawn’ where instruments lay exposed to passing traffic.

This January, then, I not only travelled in space to the archives at Penrith and the Observatory in Sydney’s CBD. I also travelled through time in an effort to better understand Australia’s climate history which, as the Bureau of Meteorology’s statement shows, is not relegated to the past but continues to exist around us in all sorts of ways. 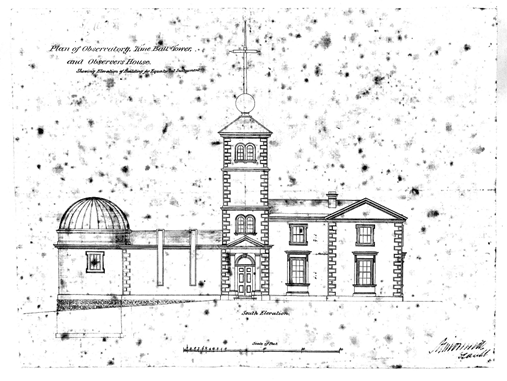 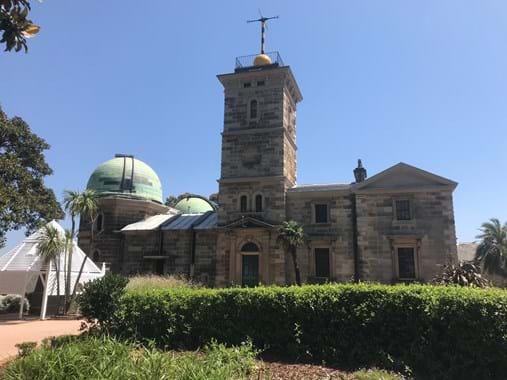 The Sydney Observatory as it looks today with a close resemblance to the original plan. The yellow time ball at the top of the tower is the original mechanism that was sent from London in the late 1850s. 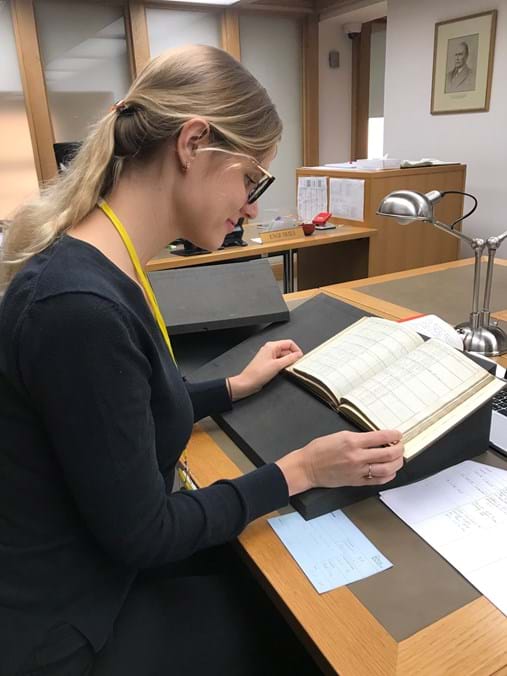 Here I am in the archives, which in this case is not the New South Wales State Archives but the Library of the Royal Society in London. The document I am holding is from 1789 and is one of the earliest meteorological records ever made in Australia. 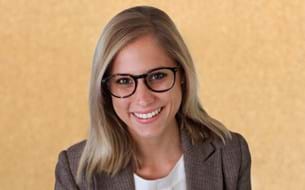 Harriet graduated from the ANU with First Class Honours in her Bachelor of Philosophy and was awarded the University Medal for history. She went on to do a Masters in Global and Imperial History at The University of Oxford where she received the Beit Prize for most outstanding dissertation. Harriet's passion for history is underpinned by the belief that the makeup of the contemporary world can only fully be understood by an investigation of its past. She is currently a doctoral student at the University of Oxford in history, with a focus on the history of migration, nationality and citizenship laws of the Australasian region, and how these inform policy today.